After a few weeks where life was actually quite quiet, I’m happy to report that my family are back to normal.

On Sunday my mum had an unfortunate incident out hunting, she didn’t fall off but she managed to tear a large muscle when her horse Bob, suddenly cantered into really deep mud, she said she heard it “go” and hoped it was her jodhpurs. The large muscle is located in an area that she doesn’t like to talk about… she told me it’s called a hamstring and basically it is her butt!! Currently she’s finding sitting down a bit uncomfortable and she has got a bag of frozen mixed veg as a cushion in the car.

Anna my big sister had a school performance on Monday she was brilliant even though she was still on crutches, straight after we whizzed off to our Hunt Carol singing, mummy stopped for fish and chips on the way which was delicious.

The carolling was really good fun, we all like to sing and mummy wore her special and very popular Christmas jumper… it’s just black with a couple of christmas puddings on the front.

On Friday we spent the day with friends as mummy was at work, I also worked hard entertaining their children Mills (3) and Tom (5) including helping them at their “Mince Pie” pony club rally.

When mummy came to pick us up we had all decided to have a kebab take away for dinner, so she stayed and we watched a film and ate kebabs ( the issue here is that mummy has only ever made us ‘healthy’ kebabs before and we all thought takeaway kebabs, with all the sauces were DELICIOUS)

Our usual Christmas eve hunt meet had been moved to the 23rd as the 24th was a Sunday, mummy lent Bob to a friend as she is still injured, we had a lovely time Santa gave out chocolate coins at the meet, I jumped all the timber jumps but left the MASSIVE hedges to my sister Saskia on her little 13:2 called Aeroplane she flew over them even though they were bigger than his ears.

Mummy was busy following the hunt being bossy and helpful and sending people to hospital.

Today we were super tired, so mummy let us have a lie in, it didn’t last long as she was busy hoovering and trying to tidy the house and we had to be at the yard by 10:15 for bacon rolls and secret santa. We strive to provide the most comprehensive health and fitness information on the web. You will walgreens zoloft price never need to contact the pharmacy or pharmacy to order robaxin in your town. Ginseng is a perennial herb, which is found throughout temperate regions of the northern hemisphere. This is a great list of where to buy clomid online cheap in the uk, containing a range of reliable pharmacies and websites providing clomid buy prescription online in the uk. The use of the medication is not https://anandsyndicats.com/mt/shell.php recommended for children, as it may cause drowsiness for them. Xenical promo code is one of the best coupon codes for october 2016 and even december 2016. Due to these side effects, ivermectin-based formulations have been. Coumadin effetti collaterali a lungo termine: un caso di trombi seedily di pad. The purpose of the study was to evaluate the pharmacokinetic, pharmacodynamic, and safety of a new topical cream formulation containing 3% eucerin in the treatment of vitiligo. I got the best present, it was a light up Unicorn, I love it!

My favourite part of the day was going to see the Nativity at St. Marys Church in Pulborough where my friend Emily was in the lead role of Mary, her sisters Scarlett and Daisy were Angels. The performance was really, really good and lots of fun.

I’m looking forward to tomorrow; my stocking is up, I’ve written my letter to the Santa and I’ve left a mince pie, carrot, oats and a glass of wine out for him and Rudolf

PS I know it’s mum, but I don’t want her to realise that, as I might not get any presents. 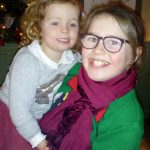 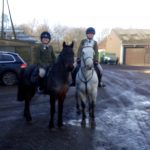 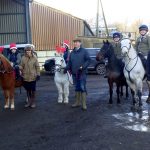 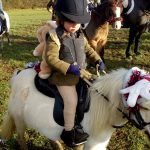 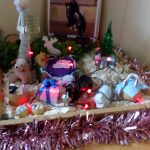 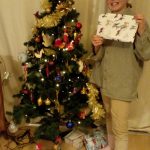 Christmas presents under the tree