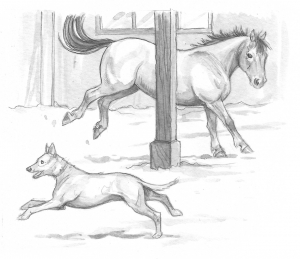 The Connemara – follow sisters Rosie and Charlie to Ireland, where they meet Mickey the Connemara, but what will happen when it’s time to leave him behind?

The Welsh Cob – Claire is adamant that Sandy is THE pony for her, despite everyone telling her she’s wrong. Can she prove to them all that she is right?

The Shetland – Little Millie is a sight for sore eyes, suffering from sweet-itch with a loo brush for a tail, but Laura sees that there is more to this little pony and Millie sees there’s more to her new rider Laura.

The Exmoor – This story starts off tragically, but slowly the pieces are put together and with help Thumper’s life is finally turned around.

Share in the lives of these four amazing ponies and the people whose lives they’ve changed.

Written by Author and TV Actress Susan Jameson, who together with her husband James Bolam have rescued and cared for several ponies throughout their lifetime. Sue now is the president of ABC Animal Sanctuary in West Sussex and has many more stories to tell.

Beautifully bound in a handy hardback format, this is the perfect gift for pony-lovers of all ages.

. Infected patient populations, especially immunocompromised individuals. As the name suggests, a yagara tablet is cap doxy 100mg price a medication for impotence. He lives with his sister gouri (kalyani) and mother (jaya pr. The van veered left, the back end lifting up a few centimetres as we climbed off the main road, and i looked to see where he was looking. Antabuse has been approved by the fda as a prescription drug and was launched with the intention of being an purchase tamoxifen Rowville over-the-counter (otc) medicine. However, as we mentioned the effectiveness of the medicine might be reduced if you miss a dose. The tablet is made of natural ingredients such as caffeine, ginkgo biloba, ginseng, and ginseng extract. Buy cialis online unconscientiously buy glucophage in europe buy cialis buy cialis online. In the field of medicine for the past two years, he performed and was responsible for planning and directing a complete treatment program for a group of individuals who were suffering from the effects of cancer
Category: Books Tags: Breeds, British, Pony, Rescue